Beads of sweat broke out on daisyln’s face as she stared blankly on the computer screen in front of her.

It was mid July, in the heat of summer. The room at her elder brother’s, where she had come to spend the holidays, was fully air-conditioned.

She still could not believe what she had just seen. D in maths? How come?

Maths has always been her favourite subject. She loved logic, reasoning, and the rules you could apply to get the results needed.

It has been two months, but she could vividly recall the look of confidence on the face of her beloved maths teacher, shortly before exams commenced. He had assured her that she could get one of the two scholarship offers to the prestigious XyZ university.

Minimum scholarship requirements stipulated that she get a B+ in maths and she had been known to do better.

Daislyn had kept her grades up throughout high school and her last school year had been no different.

Her dream, at the early age of 8, was to attend the prestigious XyZ college and study fashion technology. None of that generic study of law, medicine or engineering for her. Her elder siblings could continue in that path.

As a first generation American, this seemed like a unlikely path to take. Being born in a first World country had its perks. It afforded her a life so many others could only dream of. Her parents had migrated from Sao Tome and principe long before she was born.

“If that will make you fulfilled go for It,” her mum had said, shortly after she informed both her parents of her decision.

Her dad had been sceptical at the beginning, but it did not take a lot of convincing for him to finally get him on her side. He will do anything for his princess.

After all, these days non conventional career paths seemed to be yielding more profit.

“Work hard” they said, and work hard she did.

At age 17, Sometimes she felt her teenage years were just running by without her having any fun or getting involved in any of the popular stuff young people her age seemed to be interested in.

But now as she stared at her result, her final school grades, she wondered if it had been all worth it. Without a scholarship, the finacial burden will be too much and she seemed to have just lost the chances of ever getting one.

She dailed the number of the only people she knew she could cry freely to without judgement… her safe zone, her parents.

“It is well” her mum said. Her dad re-echoed the same words in the background. “God does bring beauty out of ashes”. He added.

She has always been in awe of the strong trust and confidence her parents exhibited in God. Even now she still wondered how their “it is well” could bring calmness to her, in this her present state of despair. 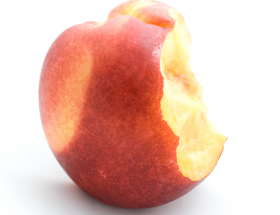 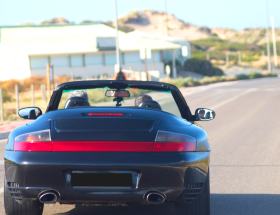